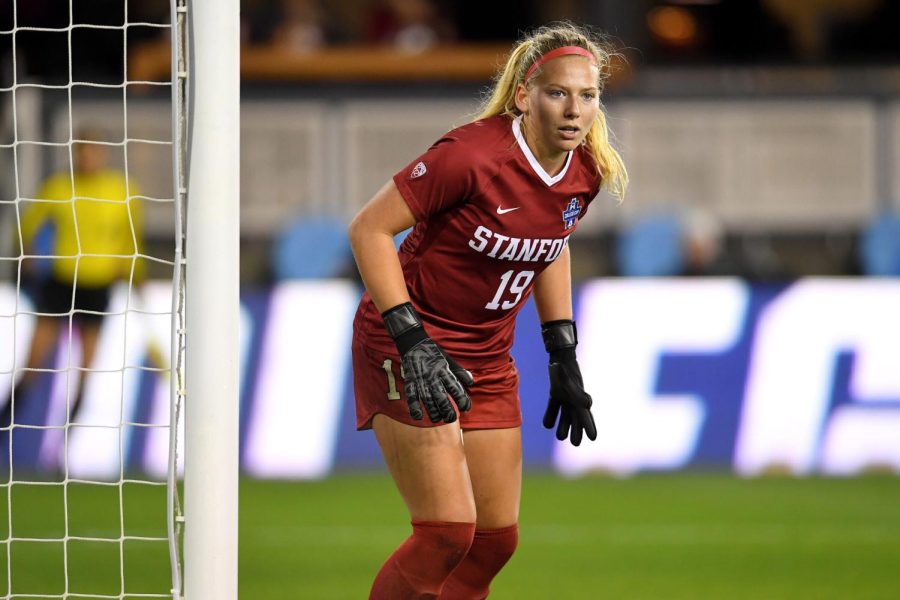 In an article to the Players Tribune in 2018 about battling his depression and anxiety, Cleveland Cavaliers player Kevin Love wrote, “It’s not some magical process. It’s terrifying and awkward and hard, at least in my experience so far. I know you don’t just get rid of problems by talking about them, but I’ve learned that over time maybe you can better understand them and make them more manageable.”

There’s no denying that mental health is overlooked in athletics, especially at the rate it affects collegiate student-athletes. In a 2019 NCAA student-athlete survey report, 38.9 percent of incoming first-years felt frequently overwhelmed by the pressures of the past year, and slightly over a quarter of student-athletes felt difficulties piling up so high that they couldn’t overcome them in the month prior to taking the survey. Since the start of the pandemic, these numbers have likely soared.

Like Love, other professional athletes have increasingly started to open up about their mental health and prioritize it over their sport: Simone Biles dropped out of events this past Summer Olympics, Naomi Osaka withdrew from the French Open and Wimbledon in 2021, and Brandon Marshall shared his story of living with borderline personality disorder. On the collegiate end, former offensive lineman Harry Miller for The Ohio State University retired from the sport this year due to mental health issues. Although the world is shifting toward destigmatizing mental health, the lack of resources and preventative interventions in athletics have led to suicides of student-athletes.

When fourth-year Stanford women’s soccer goalkeeper Katie Meyer took her own life in early March, it was an immediate shock to the college athletics world. Just one month later, Robert Martin, a fifth-year student and goalkeeper for Binghamton men’s lacrosse, also took his own life. These losses, among others, demonstrate the high toll of pressure on athletes’ mental health, and the lack of necessary resources to support them.

The Oberlin student body has an ongoing mental health crisis. Before the COVID-19 pandemic shut down the school’s campus in March 2020, fourth-year College soccer player George Gworek was working to revive a mental health alliance geared toward student-athletes that disbanded years ago. Gworek participated in a similar club throughout high school. When he planned the alliance’s revival with a former professor, they envisioned it would be similar to the support groups Oberlin provides during high-stress periods, except student-led with a liaison and more free-functioning.

However, with remote learning and the professor’s relocation, it became difficult for Gworek to advocate for mental health resources that would be accessible to student-athletes. Although Oberlin has improved on these resources during his four years here, Gworek sees that there’s more to be done.

“Specifically with athletes, there’s a lot of people that really care and are really passionate about [discussing mental health],” he said. “They just need to make that known, and I think there’s a stigma around trying to improve that. Spreading awareness and making it known that you care about this in trying to formulate whatever structure would be necessary for this.”

Many student-athletes struggle with performance-based anxiety, which Gworek believes can compound other mental health struggles outside of sports; and influence a person’s overall health and career.

“I think that for some people, it’s a huge problem, [and] for other[s], it’s just sort of a mindfulness issue,” he said. “It’s consumed me in the past and I know it certainly consumes other people. I think it can definitely have serious broader implications for an individual’s mental health. It’s honestly swept aside especially since we’re a Division III school — it’s not like we’re going pro.”

For College second-year softball pitcher Alaina Di Dio, check-ins have been essential to maintaining her mental health. One system the team has in place is for the pitchers to do a group checkup before each practice; the group goes around in a circle to discuss how each player’s mental health is that day, and depending on that, the coach can adjust the workout. Off the field, she says team members make sure to check up on each other as well.

“Sometimes I’ll ask the team ‘How are you?’” Di Dio said. “And they’re like, ‘oh yeah, I rolled out of bed this morning and I just did not want to get up at all; my depression is really bad today,’ and it’s like, okay, well we know during practice then to keep that in mind and to pick them up more.”

Di Dio highlighted that at Oberlin, conversations regarding mental health within the athletics department occur more than people would think, at least compared to other schools. However, physical health is still regarded as the number one priority. Her hope is for students and coaches to destigmatize mental health and make it as important as an athlete’s physical health.

“We’re expected to put so much into the sport, and a lot of times there’s a lot of consideration for our physical health … but mental health isn’t really talked about as much,” said Di Dio. “It’s just not as emphasized as physical health. When you’re hurting, you go to your coach and they’re always like, ‘Oh, go see a trainer.’ You don’t go to a coach and say ‘Oh, I’m having a really bad day with my depression.’ That’s just not as accepted as a physical injury is.”

Post, a College third-year field hockey goalie, also cites their team as a major support system for their mental health. The team has had conversations about emotional well-being, how teammates’ capacity to give to the team any given day can be affected by mental health, and how to support each other. During the beginning of the season, field hockey players expressed to their teammates what type of support they needed on and off the field. This could look like being comforted, no physical touch, words of encouragement, or other outlets.

Next year, the team plans to put up a whiteboard detailing what support is best for each team member, and Post believes that this will better aid their teammates.

“I want our team to continue to work on supporting all kinds of [ways] to move through mental health issues, not just the ones that are most palatable to our society,” they said. “I think recognizing how mental health can influence someone’s life and how coping with that can be a healthy or unhealthy thing is really important.”

Additionally, they mentioned the stigma surrounding conversation about student-athletes abusing substances as a way to deal with their mental health. At Oberlin, a lot of teams abide by the 24–48 rule during their season. The rule entails not consuming drugs or alcohol 24 hours before practice or 48 hours before a game.

“In the larger athletics community, something that I’ve really been thinking about is issues with addiction and health, and how a lot of college students in general will use alcohol and drugs as a way of coping,” said Post. “For student-athletes, it’s particularly challenging to talk about because of NCAA compliance issues. A lot of the time, students don’t reach out for the help that they need because they’re afraid of getting in trouble. I think that’s something I really want to work on.”

These three student-athletes can all agree that the world of collegiate sports has a long way to go in implementing measures to protect students’ mental health. How will Oberlin step up to the plate?